Ogie Alcasid is Still A Kid at Heart

HomeBillboard Philippines Ogie Alcasid is Still A Kid at Heart 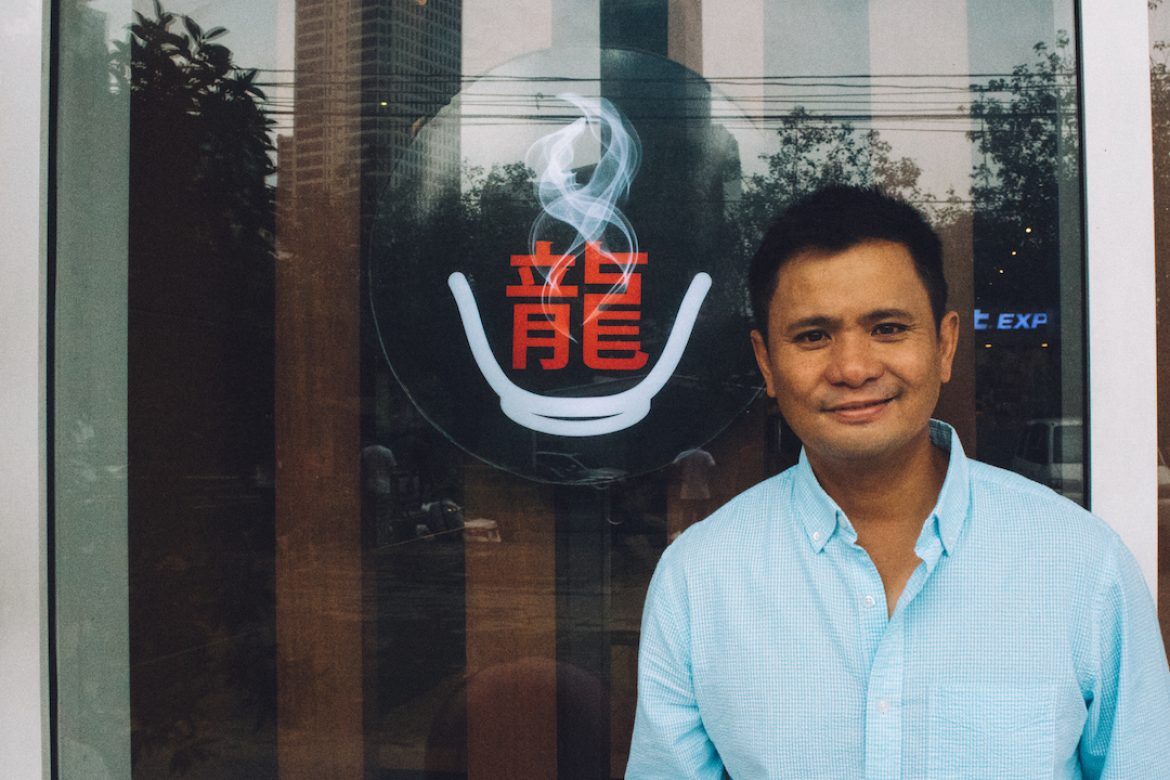 Ogie Alcasid is sitting quietly during off-hours in his Makati restaurant Ryu Ramen & Curry. With the heavy schedule he has for the day, he needs to battle the pre-flu bug that’s been creeping on him lately. Today, he speaks softly, giving the lively élan he usually expresses on TV a break, as he focuses on his 49th birthday celebration with a concert dubbed Ayokong Tumanda at the Music Museum next week, where he plans to pay tribute to the “King of Christmas Carols,” Jose Mari Chan, and feature the brilliant artists under his management company A-Team.

“I don’t feel forty-nine,” Alcasid says, as his assistant quickly drops off a cup of coffee at his table. “I’m still a kid.” But with three children of his own, he admits that “adulting” is as real as it gets. Now, he doesn’t get to—or doesn’t want to—do crazy things anymore. But in his earlier years, he was incredibly relentless of his pursuit. “Energy is a commodity that should be used wisely. Gone are the days when you just go out on a whim.” He smiles after taking a sip of coffee. “I wouldn’t want to be young again. When you’re young, you tend to be reckless. Now I can’t afford to be. Now that I’m a little older, I think I’m done with that stage.” Whether or not it’s the pre-flu bug that’s giving the impression of Alcasid as a shy and quiet man, as a songwriter he reveals so much about himself. “I had no shame, but I love doing it. I think I had so much passion and love doing it—that’s what got me to own a restaurant,” he suddenly bursts out laughing.

“I think I have a hard time writing hit songs,” Alcasid says. “The hit songs are the ones that are troubled.” Five years ago, when Alcasid married Asia’s songbird, Regine Velasquez, he joked about being so happy that he might not be able to write another song again. These days, he mostly produces and commissions theme songs for movies, but in the middle of it, was still able to write five songs that would be on his album Ikaw Ang Buhay Ko (via Universal Records), which he released earlier this year. These five songs are what he calls “little bits of expression of how my marriage is,” and having come from a broken marriage in the past, he feels amazingly blessed to have been given another chance at life to do things right. With the happiness that’s taken over his life, he confesses that his songwriting has definitely changed and become seasonal, but purposeful. “I will attempt to write something sad, but it just doesn’t apply to me anymore.”

And by writing more purposeful songs, Alcasid dug deep into the core and scribbled a song called “The First Man In My Life,” thinking of his wife’s late father. After writing the song, he realized how heavy it was, and as he played it to Regine for the first time, she wouldn’t stop crying. “I don’t think I can sing this song,” she told him. But now, she’s in the studio working on a demo for it.

Alcasid, who started out as jazz singer before becoming a balladeer, listens to a lot of mainstream artists like Frank Sinatra and Tony Bennett, who’ve also done a lot of jazz. In this day and age, Alcasid feels like his music is “just so old school that (he) has a tendency to sound like a Kenny Rogers or Barry Manilow” wading in the same pool as Millennials he proudly admits are audibly amazing. “There’s just a plethora of great stuff out there, but I don’t know how to do that. This is what I know how to do, just simple music.” Simple or not, Alcasid smiles about a positive review on Ikaw Ang Buhay Ko he read earlier, feeling good that his music still has a place here, even if it doesn’t occupy what it used to. And with this, he recognizes the power of independent music and adores the music of Taken By Cars and Up Dharma Down.

It seems as though the coffee has finally kicked in. “I actually feel better,” Alcasid says as he stares at his coffee cup. And he does look like he’s feeling better as he quips about wanting to be triathlon champ, but takes it back and says with the risk of sounding corny, that his children are everything to him. His 18-year-old Leila wants to be a writer and come to the Philippines to spend time with him, his 13-year-old Sarah has music in her, and his youngest Nate has turned into an Instagram superstar.

As he turns 49, and with a string of hit songs and accolades to look back to, thoughts of Alcasid’s future set him to pause. It’s like a switch has flipped inside the balladeer’s head. His brows rise and he’s suddenly lost in his thoughts. “These kids—they’re my treasure,” he finally says. “That’s my dream—to see them succeed and accomplish their dreams.” Alcasid takes a deep breath, the joy in his life evident in his eyes. He’s a man who’s gone through so much, has greatly paid it forward to the young artists in the industry, and is still incredibly active. He gets up from his seat with a smile, ready for the next thing on his heavy schedule.

Growing Up with Randy Blythe

This is Why I’m Happy